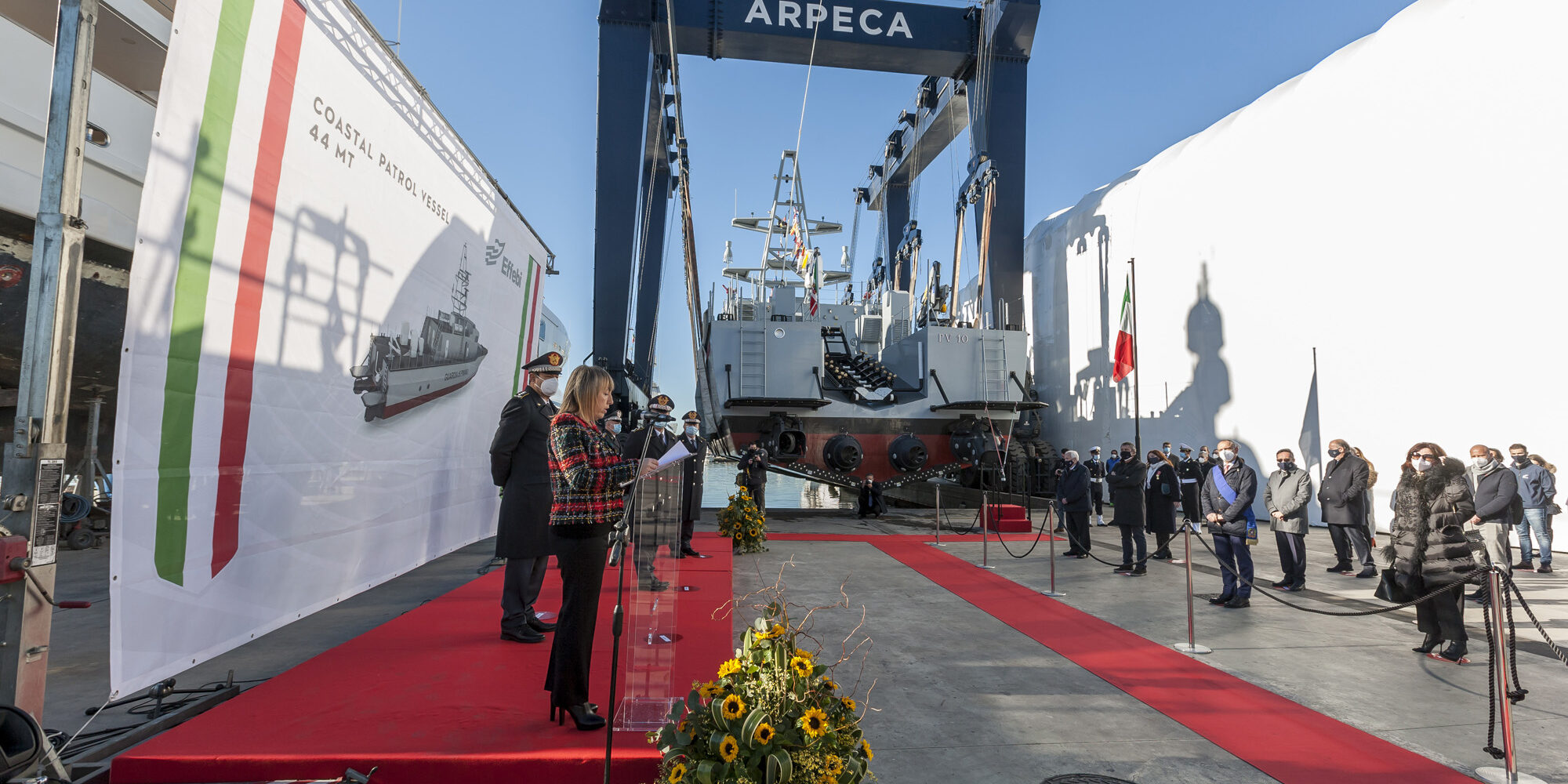 The launching ceremony for the 44-meter fast patrol vessel named “Tenente Petrucci” [Lieutenant Petrucci] built by the Effebi shipyard for the Guardia di Finanza, the Italian finance police, was held on January 26th. The vessel is the unit 1 which will be delivered to the Corps in the early months of 2021 and was built following the award of the tender issued by the Guardia di Finanza, co-financed by the EU as part of the Internal Security Fund (FRONTEX, European Border and Coast Guard Agency) in 2019.

The fast patrol vessel was built in the Effebi shipyard in Massa-Avenza and then transported to Viareggio for her official launch. The ceremony took place in the presence of the General Commander, Gen. Giuseppe Zafarana; the Central Aeronaval Commander, Gen. Michele Carbone; the ship godmother Mrs Clelia Catalucci, niece of Lieutenant Petrucci, after whom the patrol is named; the Balducci family and the civil, religious and military authorities. The entire military division team, led by the Head of Operations Military Division Fabio Bonaccorsi, also took part in the event.

The climax of the ceremony was the blessing of the vessel, followed by the traditional smashing of the bottle by the ship godmother, niece of Lieutenant Petrucci.

“Today, a few months after the delivery of an 8-meter hybrid propulsion boat to the Corps within the magnificent setting of the Venice lagoon, we are proud to launch this patrol vessel in Viareggio, the world capital of production of yachts over 30 meters which employs over 5000 people”, commented Katia Balducci, Managing Director of Effebi Spa, to greet the guests attending the ceremony.

Effebi developed this Coastal Patrol Vessel – which has a length of 44 meters and a width of approximately 8.60 meters – thanks to the considerable experience acquired since the ‘80s with its comprehensive range of composite crafts up to 50 meters; powered by waterjet propulsion and 4 MTU 16V2000M96L engines of 1939kW@2450 rpm, this unit can reach up to 45 knots of speed and a range of 700 miles at maximum speed, thus allowing efficient patrolling in the Mediterranean Sea.

The patrol vessel “Tenente Petrucci” is crewed by 23 people and can accommodate up to 150 people on board during rescue operations. She will also provide the possibility to carry out fire-fighting operations and will be equipped with a tender with a fast-launching system thanks to a ramp to optimize action times for military and recovery operations, without the launching crane.

“An important project built during this hard historical moment, the Covid-19 has slowed down our activity but has not overcome us. For us, it’s a matter of pride” adds Katia Balducci.

The Effebi shipyard recently delivered a new 24-meter rescue and fire-fighting vessel for the Maritime Police of Monaco. This achievement rewards, once again, the choice of the shipyard to invest in innovation and safety for its unique creations, thus consolidating its leadership in Italy and Europe in the supply to States and public bodies. 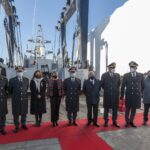 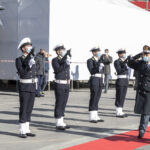 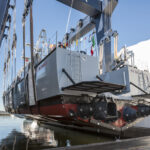 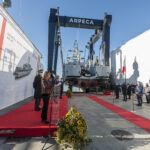 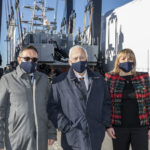 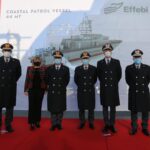 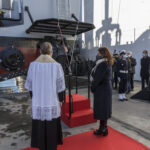